The ATO says it will be focusing on accessing new third-party data, automating audit processes, increasing its access to high-quality data and preventative strategies in order to drive down the overall tax gap. 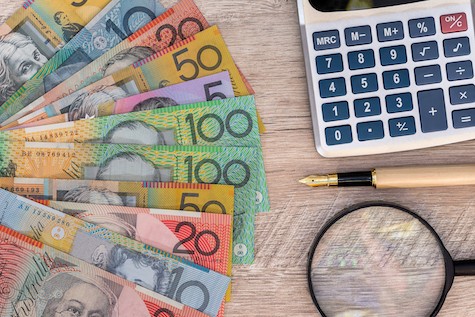 ATO second commissioner Jeremy Hirschhorn explained that in order to reduce the tax gap, estimated to be $33.5 billion or 7.3 per cent of the tax that should have been reported for the 2018-2019 income year, the ATO is shifting its focus to prevention and reducing errors through increased digitisation.

Under its tax gap program, Mr Hirschhorn said the ATO is looking to maximise its use of preventative and deterrent strategies such as web material, practical compliance guidelines and taxpayer alerts as well as private rulings and guidance products aimed at advisers and intermediaries.

“If we are to sustainably improve the health of the system, first we must focus on maintaining voluntary compliance,” said Mr Hirschhorn in an address at the International ATAX Tax Administration Conference.

“There is little point, in a world of constrained resources, in simply ‘harvesting’ year one non-compliance, only to have that non-compliance grow back the next year.”

With strategies based on audit activity unlikely to make a dramatic impact on those contributors without significant increases in resources, Mr Hirschhorn said the ATO is exploring different strategies in this area.

“This might include productivity measures such as automating routine aspects of an audit process, such as collection and collation of substantiation materials, but also accessing and utilising new ‘large-scale’ third party data such as rental income data or mortgage data,” he explained.

“It might also involve measures which increase perceived detection risk for the small group inclined not to fully comply, but also a focus on education for those who wish to comply but simply make mistakes due to the complexity of the system.”

For small businesses and individuals in business, Mr Hirschhorn said one of the drivers of the small-business gap continues to be the omission of income.

While shadow economy behaviours are the largest driver of omitted income, Mr Hirschhorn said the ATO is also seeing inadvertent under-reporting of income driven by errors and poor record-keeping.

“In fact, these behaviours account for around 90 per cent of incidence of error,” he stated.

The ATO’s ongoing focus he said will be on increased digitisation and access to high-quality data in order to reduce the possibility for taxpayers to make inadvertent errors.

The ATO, he said, is now in a data driving phase where its systems are primarily designed around verifiable data, rather than relying on data being brought to the system.

“This saves time and minimises the risk of inadvertent errors that have to be addressed later on bringing data to the system,” he stated.

“At the ATO, we are now starting to think about data on a curve: from ‘not verified’ data, through increasing levels of confidence in the data to ‘fully data-driven policy and system design.”

Do you have a question about something you've read in this article? Need more information? Want to book an appointment? Simply let us know below and we'll get back to you ASAP.